Click here for 2023 Driver of the Year Entry Form. Entries must be received via email by December 31, 2022.

The NRMCA Ready Mixed Truck Driver of the Year Award acknowledges the significant contribution of ready mixed concrete truck drivers to the growth and success of individual companies and the ready mixed concrete industry. A salute to these key members of the concrete production and delivery team, the award recognizes the driver’s career achievement, safety, professionalism, competence and customer service skills in a manner that will enhance the industry and public image of the career ready mixed truck driver.

The Driver of the Year competition is restricted to:

The NRMCA Ready Mixed Truck Driver of the Year award winners will be honored and their awards will be presented at the NRMCA Annual Convention. A panel of judges assembled by NRMCA’s
Safety, Environmental and Operations Committee judge the competition. Awards are given to the Ready Mixed Truck Driver of the Year and four Runners-Up. The panel of judges is solely responsible for determining the award recipients and their decisions are final.

Driver of the Year Award nominations are solicited in early fall each year, with a deadline of December 31. A decision is then made early the following year and presented at the NRMCA’s Annual Convention held every March. 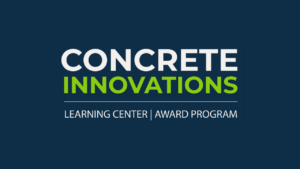