The report found the mixer driver population continued to be approximately 75,000, as it has for the past five years. While not an equivalent evaluation, NRMCA’s 2020 Performance Benchmarking Survey found “cubic yards per production employee” rose 6% over the same five year time period. It might be an indicator why the driver population was static in the same time frame. In 2019, the industry hired approximately 27,000 mixer drivers, 36% of the population. Finding drivers with ready mixed concrete experience remained the biggest hiring challenge.

The number of companies with mixer driver vacancies dropped 2019. In 2018, the survey closed with approximately 10,000 open mixer driver jobs; as of April 30, 2020, the survey’s last day, there was a decrease to 6,000 openings.  There could be a caveat. With the arrival of the coronavirus pandemic and job insecurity in early 2020, reports show CDL job turnover dramatically fell. Nevertheless, a healthy-sized hiring pool remains a challenge. At this report’s release date, September 2020, many states’ Department of Motor Vehicles are closed or cut back commercial driver testing windows due to the pandemic. Furthermore, truck driving schools are closed or training a limited number of candidates due to social distancing requirements. Reports estimate 2020 CDL graduates could drop 40%.

Mixer driver turnover remained a concern. About one-third of the mixer driver population quit or was released in 2019. Turnover rate increased for the fifth year, to 33.4%. Within the approximate 25,000 who left, 74% had more than one year’s tenure. For the first time, more drivers quit to work for a competitive ready mixed concrete producer, though the perennial first-place holder, a short-haul driving job-not in the industry, was 1% behind. Higher pay elsewhere and inconsistent daily schedules remained the top two reasons drivers quit for the fifth year. The quit/released ratio stayed at 66%-33%. 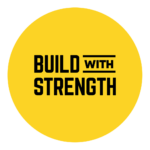 January 28-29, 2021. Join concrete experts for a two-day event that will explore the concept and achievement of net zero construction. PDF flyer.

March 2 - 3, 2021 (More details regarding the agenda and speakers will be released soon.)